Reports From The Front Lines # 7 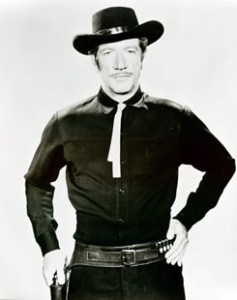 Coming after from three years teaching in the Republic of China (Taiwan) we were leaving Tel Aviv to go to Greece.

There in the line ahead of us was the actor, Richard Boone of ‘Have Gun Will Travel’ fame. I said to my dad, ‘That looks like Richard Boone’s nose up front’. My father said, ‘Not just the nose that’s the entire man.

I said, “I’m going to walk up and introduce myself and say ‘I’m a film maker too, I just completed a film in Taiwan’”.

But, I didn’t and he went on to his plane.

When, I took my seat on the plane there he was in first class. I said, “I’m going to walk up and introduce myself.” But, I didn’t.

We spent three days in Greece and in the airport, getting ready to go to Rome; standing in the security line ahead of us was Richard Boone. I said,”I’m going to walk up and introduce myself.” But I didn’t.

When, I took my seat on the plane there he was in first class. You guessed it.

Finally, we checked into a charming hotel called The Eliseo”. There in the lobby checking in was… Richard Boone.

I dashed to my room ran a hot towel over my face, splashed on some English Leather and dashed down to the Bar.

Seated alone in that quiet bar was Richard Boone.

I sat some distance away furtively looking at him until he looked back.  I said, “I know” meaning I know who you are. He replied, “I know you know, come over here and we can talk.”

I did. We did. For over two hours.

This is not just a story about seizing opportunity.It is about the advice he gave me that changed my life and provided the direction for Business Navigators some twenty years later.

I told him that I was going to Bowling Green State University in Ohio to work on my Masters degree in Theatre and Film. I asked for his best advice.

He said, “Ask everybody and really listen to what they say, and then make your own decisions.”

I said, “Ask everybody?”

“I just finished directing the first American western filmed in Israel and I send the rushes back to my mother in Oregon state” he replied.” I built her a viewing room and hired a projectionist”

“Your mother is a file critic?” I asked.

“She’s just a housewife but, she knows what she likes. I ask the grips on the set and all of the other workers. . ‘What do you think? ‘I listen to everybody.”

Richard Boon was right. A most powerful source for making things better is everyone involved in the situation.

I know it to be true and that’s why I say, “You have already hired the solution to most of your problems- your employees. You just have to listen.”